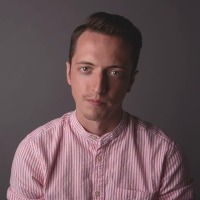 <a href="https://loomered.com/donate/">Want to see more journalism like this that the mainstream media isn’t reporting on? Support independent journalism at LOOMERED.COM by <b>CLICKING HERE</b> to subscribe and donate today - thank you!</a> Jacob Engels is an Orlando based journalist whose work has been featured and republished in news outlets around the globe including Politico, InfoWars, MSNBC, Orlando Sentinel, New York Times, Daily Mail UK, Associated Press, People Magazine, ABC, Fox News, and Australia’s New Dawn Magazine and Gateway Pundit. Mr. Engels focuses on stories that other news outlets neglect or willingly hide to curry favor among the political and business special interests in the state of Florida. President Trump continues to inspire candidates to take on the Republican establishment, with Pennsylvania […] Harry Reis, a former special assistant to the Jonathan Greenblat, the CEO of the […] Mary Ann Mendoza, an Angel Mom who runs the Angel Families organization, has been […] Former White House strategist Steve Bannon, who was pushed out of the Trump administration […] The lead Yahoo News investigative reporter is no stranger to fake news. Since the […]