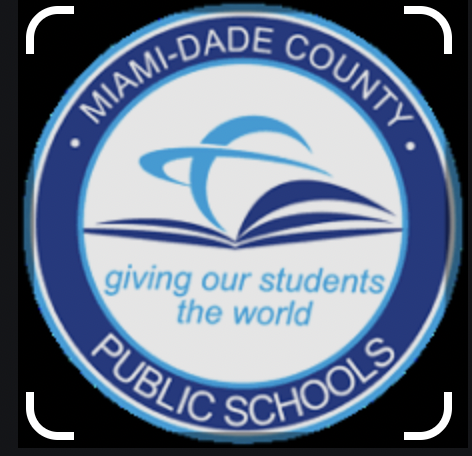 On Dec 2nd, 2021, Marissa Gonzalez attended a COVID-19 training workshop held in Miami Dade County, Florida. This workshop was created to train nurses on how to properly to test school children for COVID-19.

Marissa is employed by IEALTHPRO Pediatrics, a healthcare company that provides medical staffing. She was training for a nursing position within the Miami Dade County School District.

After five hours of training, Marissa was asked to test what she had learned during the workshop. The workshop leaders admitted that this procedure was “invasive,” which is why they would need parental consent forms to be signed to allow the nurses to test the students.

As you can hear the instructor say on this video, this test is so invasive that it demands parental consent. She also goes on to say that if you have any questions to ask, “no harm, no foul.” This doesn’t apply when you have concerns about testing the students themselves.

Marrissa was asked to pretend she was swabbing a student at the end of the workshop. While she passed with flying colors, Marissa had some questions.

Marissa asked why the schools were doing this in December of 2021, almost two years after the start of the pandemic. The response was that they were only following the protocol from the district. After being told to ask questions without consequence, she expressed that this made her feel uncomfortable because they claimed it was invasive. She communicated that the school might not be the best place to test children, especially without their parents. The evaluator she talked to even asked Marissa if she had any more questions. Hesitancy or questions that allude to hesitancy were grounds for her termination.

I was completing the skill competency checklist with the Florida dept of health rep.

Brenda Wilder was hovering over me the entire time. When I was done, she directed me to come with her, yelled out to the entire classroom asking for a supervisor for my company and said I need to go outside with her.

Once outside she began yelling and berating me saying it’s obvious I didn’t read the contract when I began working and will be testing children.

Instead of arguing with her I choose to return to the orientation but she said I needed to leave. I still needed to retrieve  my personal belongings inside the room, which I did and left

Because Marissa dared to ask these questions, which are shared among many parents, she was fired from her position. Florida is coined as “the freest state in America.” Governor Ron DeSantis has ardently proclaimed that he is against many of the tyrannical medical protocols that have been implemented via the Biden administration. This makes Marrisa Gonzalez’s firing all the more confusing. How can a school fire someone over asking questions about tests they call “invasive,”; which are given to children in a state with no mandates?

What is happening within the Miami Dade County public school system if they cannot handle a simple question? Miami Dade County is a Democrat county within Florida, which the question: is politics at play in the case of Marrisa’s firing?

Marissa’s fireable offense was asking a question and relating that question to be being a parent herself. The coordinator supervising the exam didn’t have an issue with her questions; all seemed well until Brenda Wilder took it upon herself to yell at Marissa and kick her out of the training. Brenda Wilder is the Executive Director of Comprehensive Student Health and Services.

The company said Marissa broke the code of conduct by expressing her concerns. She wanted to know precisely what rule she broke when all she wanted was her questions addressed. Marissa asked them to clarify why she could no longer work at public schools, but they were willing to find her a position in a private school.

It seems as though the public school system has an issue with anyone who raises a concern with their protocols. In a state like Florida which is supposed to not have any COVID-19 Mandates in the public schools, why is the school falsely claiming that Marissa broke the Code of Conduct.

Marissa is currently looking for a legal team to take the case.

Marissa was left unsettled and decided to respond to the company. READ HERE:

The Miami Dade School County public school system will tell its nurses to ask questions without consequences and then fire them for expressing hesitation and concern over protocols they do not understand. This isn’t America. Polite discourse and questions should be answered in order to quell concerns. This kind of authoritarian “my way or the highway” action taken by Miami Dade county has no place in “free” Florida.