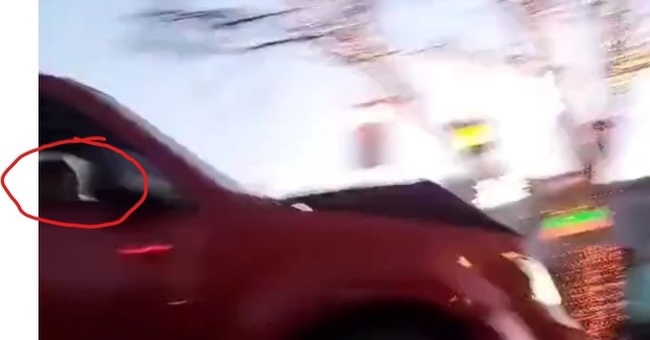 DARRELL BROOKS WAS RELEASED ON BOND FROM WISCONSIN JAIL 2 DAYS AGO!

At the 24:05 minute mark of the Waukesha, Wisconsin police scanner audio, you can hear the police officers ID a license left in the vehicle, which was driven through a Christmas Parade earlier today, belonging to a Darrell Brooks Jr.

According to officers who were speaking in the police scanner audio, they said the license is suspended.

A description of Darrell Brooks was also given by WI police officers as:

Listen to the audio and hear for yourself what the police said. Save it too before the MSM and big tech try to have it erased from the internet.

An address check from the criminal report cross checked on google maps shows a red SUV parked in front of the residence. The vehicle used in the attack today is also being described by witnesses and police as a red SUV.

Court records indicate a man named Darrell Edward Brooks was arrested on 11/2 and posted bond on 11/19, just two days ago.

Now the big question is… who paid his bond two days ago, the same exact day Kyle Rittenhouse was found not guilty in Wisconsin?

THIS IS A DEVELOPING STORY AND LOOMERED.COM WILL BE UPDATING IT AS WE DISCOVER MORE FACTS THE MSM IS TRYING TO HIDE!