According to their website, “The Florida Supervisors of Elections (FSE) exists to assist its members in conducting fair, honest and accurate elections by providing continuing education and certification programs that encourage the highest level of professionalism; to assist Florida citizens to become better informed about voting and be prepared to participate in the electoral process; and to create a forum where the Supervisors can regularly express their joint opinions on important election issues.”

Their website displays the name of the group as Florida Supervisors of Elections, Inc, yet they are marketing themselves on Facebook and via Sunbiz as a non/profit. It begs the question, is this organization of for profit, a non/profit, or both?

They appear to have some elected Supervisors of Elections engaging with them. For instance, the President of this business is Craig Latimer; he also happens to be Hillsborough County’s Supervisor of Elections. Amusingly, Craig Latimer is also a Democrat.

Adding more cause for concern, on their website, the only option the Florida Supervisors of Elections offers for “connecting” with them is a link to their Facebook page. Surely a legitimate elections website would know that not all Floridians have access to Facebook due to Facebook censorship? They don’t seem too concerned about it. Perhaps it’s because Mark Zuckerberg, the founder of Facebook provided Supervisors of Elections offices around the country with over $400 Million in donations during the 2020 election year.

After some digging, I found out what the Florida Supervisors of Elections (FSE) really is. Here is a list of their entire mission, charter, and by-laws: https://lawsdocbox.com/66708452-US_Government_Resources/Florida-state-association-of-supervisors-of-elections-directory.html.

This begs the question, why do we even need an Association of SOE’s in the form of a non-profit that doesn’t appear to have any government accountability, actively influencing, working with, and supposedly “training” our actual elected Supervisors of Elections?

According to their website, this organization has existed in Florida since 1964.

If anyone should be providing training to the 67 elected Supervisors of Elections in Florida and their staff, it should be the Florida Secretary of State. Not a non-profit that isn’t even held accountable to Florida Sunshine Laws like all other Florida government entities and elected officials are.

All non-profits are required to file annual reports. They are required to list any money brought into the organization. However, there isn’t a single financial amount listed on their 2021 report.

Why is this problematic?

Registration ticket prices to attend are $330 for SOE’s, while “Vendor booths” are $500. Their website also says “this event is closed to further registrations”.

What is the money being used for? Who are the vendors? Why are they being provided with an exclusive opportunity to solicit elected SOE’s? And how come it’s not documented on any of their Annual reports?

Also, why are Floridians only now just learning about this?

Further research into the financial structure of Florida Supervisors of Elections Inc shows they have sponsors.

One of their main sponsors is VR Systems, a BIG TECH voting election company. The VR Systems website states that “elections are all they do,” and they have “successful elections, every time.”

Every time? God, we would only hope…

According to their website, VR systems builds the software and technology that is used in elections in 64 of 67 Florida counties.

VR Systems is based out of Tallahassee, Florida, and is run by their CEO/ first employee Mindy Perkins.

In 2017, as reported by the Intercept, a National Security Agency report documented how VR Systems was the victim of a Russian spear-phishing attack in which deceptive emails were sent to more than 100 local election officials just days before the 2016 presidential election. VR systems operates in 14 states.

According to the Intercept’s investigative report,

“As described by the classified NSA report, the Russian plan was simple: pose as an e-voting vendor and trick local government employees into opening Microsoft Word documents invisibly tainted with potent malware that could give hackers full control over the infected computers.

VR Systems declined to respond to a request for comment on the specific hacking operation outlined in the NSA document.”

What does this boil down to?

Essentially a fake Supervisors of Elections organization that is actually a non profit is holding a conference in Florida for the real, 67 elected supervisors of elections in Florida about technology and advancements for the 2022 elections. This is incredibly concerning and deceptive given the fact that this conference is closed to the public.

WHY DOES THIS MATTER?

Now that you know this history of Florida Supervisors of Elections and who is sponsoring them, let’s dive into their agenda for their Summer 2021 conference.

The tentative agenda listed on the Florida Supervisors of Elections website raises the question as to whether or not they are unbiased and truly committed to their mission statement of “conducting fair, honest, and accurate elections”.

Some disreputable characters are listed on the event’s itinerary. From former CISA Director Chris Krebs to Dominion, this supervisor of elections summer extravaganza is highly suspicious. Election integrity doesn’t seem to be a priority at the Supervisors of Elections conference this year. Transparency after the 2020 elections is imperative if Americans are to ever trust our election system again. Many United States citizens doubt that it is even worth voting anymore due to the widespread belief that the 2020 elections were stolen through Big Tech election interference, mail-in ballot fraud, ballot harvesting, and other forms of voter fraud this past election cycle.

A quick review of the tentative agenda is raising a lot of concern among Floridians who are wondering how the conference was approved by the state’s Republican Secretary of State, Laurel Lee, who is also listed as a speaker at the conference on June 15th. Troubling items of discussion on their agenda include “Social Media” and a pilot for “Online Voting” which they want to implement in five Florida counties.

The question needs to be asked:

Oddly, despite being one of the the top three wealthiest counties in America, Palm Beach County’s Supervisor of Elections office under Wendy Sartory Link, a Democrat who was originally appointed by Governor Ron Desantis and eventually was elected in the 2020 election, received the largest Florida Zuckerbuck grant of $6.8 million dollars, despite the fact that two of the candidates on the ballot in Palm Beach County in 2020 (Laura Loomer and President Trump) were both heavily censored and banned by Facebook and Twitter.

Given the fact that Social media companies like Facebook and Twitter recently deplatformed Florida resident and then sitting President Donald Trump, these agenda items are of great concern and require more transparency.

One of the first items listed on the conference agenda is changing the USPS Mail Piece Design & Postal Changes. Another topic of discussion is the “New Accessible Online Ballot Requirements,” a new program they want to pilot in five counties within Florida.

Chris Krebs, the former CISA director who claimed there was no such thing as election fraud and was ultimately fired by President Trump, is scheduled to speak on June 16th. Laughably, his scheduled topic for discussion at the conference is “Misinformation/Disinformation and Rumor Control”. Chris had this to say about the 2020 elections, back in December of 2020 according to govtech.com:

“We’re past the point where we need to be having conversations about the outcome of this election,” Chris Krebs, the former director of the federal Cybersecurity and Infrastructure Security Agency, told the Senate Homeland Security Governmental Affairs Committee. “Continued assaults on democracy and the outcome of this election … only serves to undermine confidence in the process.”

He also affirmed that “while elections are sometimes messy, this was a secure election.” Under Krebs, CISA deemed the 2020 election the most secure in U.S. history.

Adding more controversy to this conference is the fact that ES&S and Dominion, two of the voting software companies at the center of the 2020 election scandals are sharing a time slot on Monday, June 14th. The controversy over the 2020 elections has yet to die down, but the Supervisors of Elections seem not to care. In January of 2020, NBC News published an article outlining some of the concerns surrounding the voting machines supplied by these companies, 11 months before the election. NBC acknowledged there are concerns with using these voting machines, noting that they could connect to the Internet almost a year before the November 2020 election. However, following the election in November 2020, the media denied that these voting machines had the capability of connecting to the Internet, which means they could be hacked.

The three largest voting manufacturing companies — Election Systems &Software, Dominion Voting Systems and Hart InterCivic — have acknowledged they all put modems in some of their tabulators and scanners. The reason? So that unofficial election results can more quickly be relayed to the public. Those modems connect to cell phone networks, which, in turn, are connected to the internet.

The largest manufacturer of voting machines, ES&S, told NBC News their systems are protected by firewalls and are not on the “public internet.” But both Skoglund and Andrew Appel, a Princeton computer science professor and expert on elections, said such firewalls can and have been breached.

The recent cyber hacks that just happened in the United States with the Colonial Pipeline and our meat processing facilities clearly prove that no internet firewall is 100% unbreachable.

Big Tech election interference is now ILLEGAL in the state of Florida under SB 90 and SB 7072, which were just signed into law last month by Florida Governor Ron Desantis. Given these facts, why is Big Tech a part of the Florida Supervisors of Elections Summer training conference?

The public should be able to go and listen to what their elected SOEs have planned for the upcoming 2022 elections. To charge for participating, and by making the meeting a closed convention while discussing new election integrity ideas, this nonprofit that is deceptively posing as an official government agency is violating their own mission statement regarding transparency and free and fair elections. The 2021 FSE Summer Conference is not only non-transparent, but it is truly Orwellian, and directly contradicts and violates Governor Ron DeSantis’s newly passed FL legislation regarding election integrity and Big Tech election interference.

Ironically, in a state that prides itself on being one of the most transparent states in the nation for government accountability thanks to Florida sunshine laws, FL Supervisors of Elections Inc and our 67 elected officials who are responsible for overseeing our elections in Florida are determining vendors, processes, and marketing to the Florida voters in the dark. These truly are troubling times, and the fact that this conference is able to take place should be a call to action for all citizens to make sure they get involved and start asking questions about how their elections are conducted.

Florida’s Secretary of State Laurel Lee is scheduled to speak at this conference. Call her office TODAY and demand an explanation as to why her office is sanctioning this conference and why she is participating.

In response to this egregious conference and the lack of transparency surrounding future elections in Florida, protests from concerned citizens have been organized for each day of the conference outside of the Marriott Hotel in Tampa Florida . 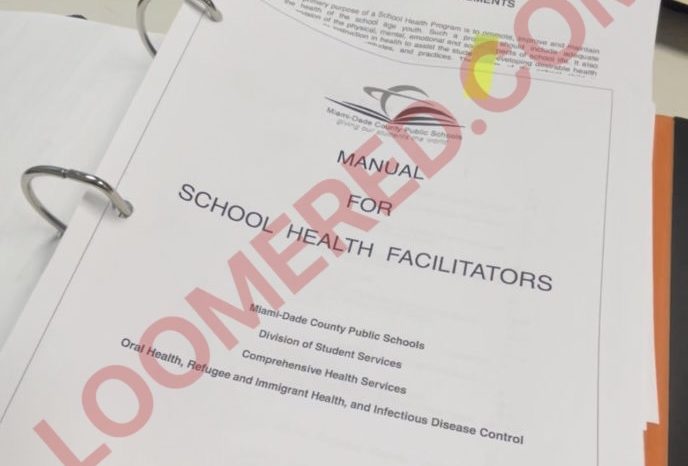