The Associated Press, along with Washington Post recently reported that David Chipman, former member of Mayors Against Illegal Guns, and Senior Policy Advisor for the gun control group Giffords, is set to be nominated by President Joe Biden as director of the Justice Department’s Alcohol, Tobacco, Firearms and Explosives (ATF) agency. Chipman must be confirmed by the 50-50 Senate in order to make this a reality, where VP Harris would have the last say in the case of a tie.

Chipman, who has over 25 years under his belt as a special agent for the ATF and having formerly possessed a “Top Secret SCI clearance,” has received praise from gun grabbers across the country, including unnamed high-level administration officials as well as Rep. Gabrielle Giffords, who named Chipman as senior policy advisor for her group Giffords in May of 2016.

Giffords was created after Arizona Rep. Gabrielle Giffords (co-founder of the group of her namesake) survived being shot in the head while speaking with constituents outside a shopping center in Tucson, Arizona in 2011. In a statement from Rep. Giffords posted to the site on Wednesday, Giffords argues that Chipman is the “perfect choice for ATF director.”

The Giffords’ mission statement reads: “Our country is in the grip of a gun violence epidemic. Every American will know a victim of gun violence in their lifetime—this is not normal, and it doesn’t have to be this way. Giffords is fighting to end the gun lobby’s stranglehold on our political system. We’re daring to dream what a future free from gun violence looks like. We’re going to end this crisis, and we’re going to do it together.”

According to Chipman’s Linked in account, he received his high school diploma in 1984 from New Hampshire’s Phillips Exeter Academy before going on to receive a Bachelors in Justice from American University in Washington D.C. in 1987. Chipman spent a little over a year after receiving his bachelors working as a special agent for GSA and later received his masters in management from The Johns Hopkins University in Baltimore, MD in 2005.

In August of 2013, the Detroit native became Senior Vice President of ShotSpotter, the largest vendor of gunshot acoustics technology that detects gunshots using sensors and microphones, and reports the location of gunfire to local law enforcement.

But what would a David Chipman appointment as ATF director look like?

Kris Brown, President of Brady recently stated, “President Biden’s actions are historic and they will have an immediate impact. These are tangible and powerful policies that will save lives. These executive actions, coupled with President Biden’s prudent nomination of David Chipman to serve as Director of the U.S. Bureau of Alcohol, Tobacco, Firearms and Explosives mark a historic day for gun violence prevention in America.”

Brady is an organization based on the 1993 Brady Law that seeks to expand background checks, wants to prevent those convicted of stalking or “hate crime” misdemeanors from legally obtaining a firearm, outlaw ghost and 3D printed guns, and seeks to hold the ATF accountable for not taking action against illegal gun trafficking.

When asked whether or not Americans should expect executive orders on gun measures late last month, Press Secretary Jen Psaki responded “Yes,” but could not give “an exact timeframe”.

The timing of Chipman’s nomination aligns with Biden being expected to roll out a series of executive orders on Thursday aimed to tighten restrictions via the DOJ on ghost guns specifically, (guns available to purchase that may be missing one part, and usually obtainable without a background check or serial number, but could also include the signing of EOs that would further restrict gun purchases by law-abiding Americans. Democrat lawmakers have urged Biden to create executive orders that would change the definition of what a gun is, to eliminate ghost guns, as well as gun activists having pressured the President to change or expand the definition of who is in the business of selling guns. 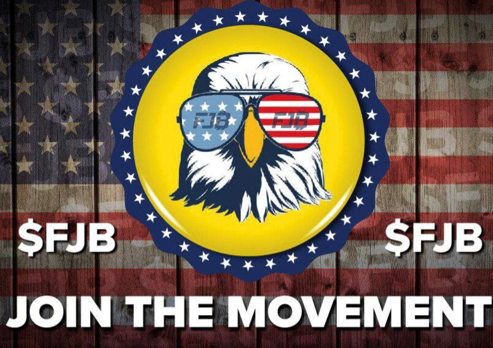