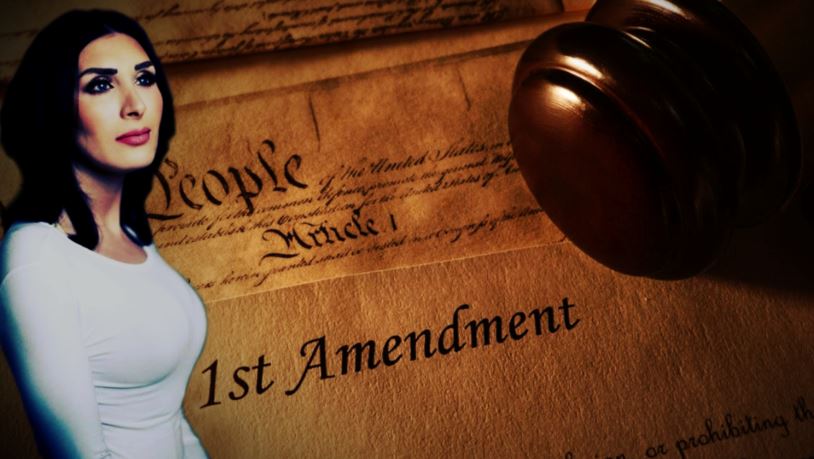 In an early Wednesday morning post on Parler, conservative journalist Laura Loomer, along with her lawyer Larry Klayman, announced that they have filed a petition for En Banc full court review challenging the recent decision made by U.S. Court of Appeals for the District of Columbia Circuit.

Loomer’s post reads, “BREAKING NEWS: My lawyer @larryklayman and I have filed a petition for En Banc full court review of an abbreviated 4 page decision by the US Court of Appeals for the District of Columbia Circuit.

We have asked for all judges on that Court to review affirmance of the lower court’s dismissal of my lawsuit against Google, Facebook, Twitter and Apple for their political discrimination and censorship of conservatives.

My legal battle against the Silicon Valley Big Tech Tyrants is America’s battle, which is why my legal team and I are committed to taking this case all the way to the Supreme Court if necessary!

Free speech is worth fighting for, at all costs!”

Law.com defines the term En Banc as: “French for “in the bench,” it signifies a decision by the full court of all the appeals judges in jurisdictions where there is more than one three- or four-judge panel. The larger number sit in judgment when the court feels there is a particularly significant issue at stake or when requested by one or both parties to the case and agreed to by the court.”

The En Banc review filed on Monday, July 6th, 2020 argues the court’s “DCHRA”, or District of Columbia Human Rights Act, needed to be reevaluated and details of the act reconsidered to catch up with modern times where the internet is used as a primary form of communication. It also pointed out how the pandemic has forced more people online, since gathering in public is all but prohibited.

“This is an issue of exceptional importance, as people in modern society have increasingly, and almost entirely at this point, replaced the traditional physical “public forum” with the internet and social media. This rings particularly true given the current state of events, with COVID-19 severely hampering the ability of individuals to physically gather. With the extreme uncertainty around the future of large physical gatherings, it is more incumbent on this Court than ever accept reality and to adapt and evolve with the changing times and make the “’common sense’ ruling that the internet and social media qualifies as a ‘place of public accommodation’ under the DCHRA,” the review reads.

The court originally ruled Freedom Watch’s discrimination claim under the act that prohibits discrimination on the basis of political affiliation in “any place of public accommodations” only applied to physical places within the District of Columbia, dismissing the claim altogether.

When Freedom Watch contested the court’s interpretation of “place of public accommodations” on appeal back in May, the court found under the D.C. Human Rights Act, the platforms would have to be operating from a “particular place”.

We covered Loomer’s suit against Big Tech giants Google, Twitter, Facebook, and Apple when it was thrown out of court May 28th, 2020, in a 4-page decision. You can read the decision in its entirety here:

A three-judge panel upheld their decision to dismiss the suit filed by Loomer and Freedom Watch that claimed the companies were not only violating the First Amendment, but also breaking antitrust laws.

Quoting a decision made previously, the judges found that, “In general, the First Amendment ‘prohibits only governmental abridgment of speech.’”

The decision reads that Freedom Watch was “unable to point to any actions by the Platforms that caused its alleged injury,” which the non-profit had argued could be measured in both reduced revenue and suppression of audience on the social media platforms.

Again, the judges found that social media platforms are not considered to be “state actors”, and thereby do not violate the First Amendment which. They also ruled that Freedom Watch’s second claim that the platforms conspired to suppress conservative content and with the goal of maintaining monopoly power was not proven in the case.

In the case of error, the suit argues the Apelllees’ conduct violated both antitrust laws and the Constitution, as well as numerous federal and state statutes: “Appellees’ status as large and influential technology corporations simply cannot shield them from liability in this regard. They must be held to the same level playing field as everyone else, and since Appellants have pled viable causes of action which are supported by well pled concrete facts, the District Court dismissed Appellants’ claims in error.”

Continuing, Facebook is called out for censoring conservative users and content, citing the leader of Facebook’s new partnership team, Campbell Brown who stated, “This is not us stepping back from news. This is us changing our relationship with publishers and emphasizing something that
Facebook has never done before: It’s having a point of view, and it’s
leaning into quality news. … We are, for the first time in the history
of Facebook, taking a step to try to to define what ‘quality news’
looks like and give that a boost.”

Loomer and Klayman were interviewed after the decision to dismiss the suit on Crowdsource the Truth with Jason Goodman. Loomer explained to Goodman that the lack of support from Republicans, “I for one am not only tired of the hypocrisy and the cancel culture and the deplatforming taking place by this collusion, this very direct collusion between the Democrat Party and the Communists in Silicon Valley but also the complicit and completely dismissive and passive nature of these so-called Republicans who make millions of dollars every single night pretending that they care about free speech, that they care about censorship, while they turn a blind eye to people who are fighting back. It’s unacceptable.”

The En Banc asked for their oral arguments to be heard in person, noting that they were denied that right before.

Loomer told Goodman after the court threw out the case in May , “I find it to be rather suspicious that after we were told that we were going to have an oral argument, and then we were told that it has been postponed because of Corona, then it could be over the telephone, and now just canceled, I think the timing of this is very suspicious.”

In conclusion, the En Banc states, “This case is not just about Freedom Watch and Ms. Loomer, but all Americans who desire to exercise their rights of free speech, free from the illegal and anti-competitive practices of giant social media companies, who have restrained trade and who believe and act as if they are above the law.”

Loomer also posted a link where those who feel lead to donate have the ability to do so:

“If you’d like to support the legal fees associated with my lawsuits against the big tech giants, you can make a contribution here: https://loomered.com/donate/.

“The fight for free speech is one of our most important legal battles. And I’m leading the charge with my legal teams. #StopTheBias Thank you!”