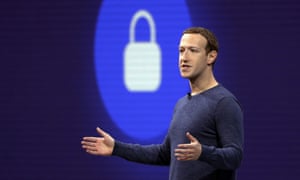 Facebook has launched a program it claims is designed to protect the integrity of the upcoming presidential election in the United States from online meddling.

“Today, we’re launching Facebook Protect to further secure the accounts of elected officials, candidates, their staff and others who may be particularly vulnerable to targeting by hackers and foreign adversaries. As we’ve seen in past elections, they can be targets of malicious activity,” Facebook said in a statement.

Facebook Protect will also allow users to opt in to “two-factor authentication” to shield themselves from hacking.

“Beginning today, Page admins can enroll their organization’s Facebook and Instagram accounts in Facebook Protect and invite members of their organization to participate in the program as well. Participants will be required to turn on two-factor authentication, and their accounts will be monitored for hacking, such as login attempts from unusual locations or unverified devices,” the statement continued. “And, if we discover an attack against one account, we can review and protect other accounts affiliated with that same organization that are enrolled in our program.”

Ahead of the upcoming election, Facebook is also taking measures to quash “misinformation.”

According to the statement, beginning next month the tech giant will shadowban “accounts that repeatedly post misinformation,” essentially filtering the accounts with questionable content from the news feed.

Content that is deemed “fake” by its third-party fact checkers will also be labeled “false” or “partially false,” the statement continues.

Facebook’s rollout of Facebook Protect comes after Facebook announced in October that it deleted a network of accounts created by the Internet Research Agency, a Kremlin-backed troll group indicted by the United States for allegedly meddling in the 2016 election, for attempting to again interfere with the 2020 election by creating accounts designed to look like groups in swing states.

“Although the accounts posed as Americans from all sides of the political spectrum, many were united in their opposition to the candidacy of former Vice President Joe Biden, according to Graphika, a social media investigations company that Facebook asked to analyze the accounts,” CNN reports.

Some of the accounts, which were removed by Facebook, were anti-Trump and designed to appear like they were run by black activists, employing user names like @black.queen.chloe and @michigan_black_community.

“Among the accounts focused on black activism, there was strong support for Bernie Sanders along with a moderate amount of content opposing Kamala Harris,” Graphika said in its analysis. “Education reform and student debt relief were two of the most commonly mentioned reasons for supporting Sanders, while Harris’s record as a California DA was mentioned as a reason to oppose her candidacy. Mixed in with these was a small amount of content attacking Joe Biden, primarily due to gaffes related to his previous handling of racial issues.”

However, Facebook’s initiatives to combat “fake news” is evidently being used to censor conservative viewpoints ahead of the 2020 election.

In August, Live Action received a warning from Facebook claiming they posted two videos that were given a “false rating.” One video featured the organization’s president, Lila Rose, and a board certified neonatal-perinatal medicine specialist explaining that abortion is never medically necessary.

In addition to issuing the “false” rating, Facebook disabled Rose and Live Action’s ability to advertise and cautioned users who shared the video they had disseminated “false news.”

Publicists for Live Action told media outlets that the pro-life group had been “silenced” by Facebook on Aug. 30.

Four Republican senators sent a letter to Zuckerberg Wednesday morning, blasting Facebook for its notorious “pattern of censorship” against conservatives.

The “fact check” was administered by two abortion providers who are also affiliated with pro-abortion activist organizations – Daniel Grossman, who “sits on the board of NARAL Pro-Choice America Foundation,”and Robyn Shickler, “Fellow with the pro-abortion advocacy group Physicians for Reproductive Health,” the senators pointed out in their letter to Zuckerberg.

“This is a widely-held view, one shared by the thousands of members of the American Association of Pro-Life Obstetricians & Gynecologists [AAPLOG], among others,” the letter states. “As a result of the “false” rating, Facebook suppressed Live Action’s website and Lila Rose’s Facebook Page, prohibited the organization from advertising and promoting its content, and notified users who had shared the videos that they had shared ‘false news’.”

“No reasonable person would describe Grossman or Schickler as neutral or objective when it comes to the issue of abortion, yet Facebook relied on their rating to suppress and censor a pro-life organization with more than 3 million followers.”

While Facebook’s censorship of LiveAction was widely reported, countless conservatives are regularly being censored by the tech giant, as the company’s “fact checkers” claim they are violating “community standards.”