A video purporting to show an Islamic terrorist entering the Vatican Saturday is circulating around social media, but has been ignored by the mainstream press.

A young man with dark features can be seen in the video wielding a knife and yelling in what appears to be German while he is chased by unarmed Vatican staff. The video does not show how the confrontation ends, and neither the mainstream press, nor the Vatican have commented on the matter.

The spike in migrant crime is not lost on Europeans, either.

“Once-peaceful German and Swedish cities have seen a spike in crime, a resurgence of anti-Semitism, and growing political unrest—all associated with the migrant influx,” according to City Journal. “In 2016, Pew Research found that 59 percent of Europeans thought that immigrants imposed a burden on their countries. In addition, less than a third believe immigration has improved their countries, with 63 percent of Greeks and 53 percent of Italians, respectively, stating that immigrants have made things worse in their economically challenged countries.”

The mainstream media ignore these facts, though, in their everlasting pursuit of political correctness and multiculturalism, whatever the cost to civil societies.

The dangers of radical Islamic extremism are not lost on President Donald J. Trump, though, who addresses the issue regularly. In a September speech with Indian Prime Minister Narendra Modi, Trump vowed to stop terror in its tracks.

Amid the Indian government’s dispute with neighboring Pakistan as it seeks dominion over disputed territory in the Muslim majority state of Kashmir, Trump declared support for India’s “need for border security.”

He also vowed to help India fight “radical Islamic terrorism” in the region by expanding U.S. military cooperation with the country, rhetoric which could potentially be viewed as siding with India in its discord with Pakistan.

“You enrich our culture. You uphold our values. You uplift our communities,” he told the crowd of Indian Americans. “You are proud to be Americans and we are truly proud to have you as Americans.”

Meanwhile, the United States (save a few mainstream press reporters) is celebrating the deal of Abu Bakr Al-Baghdadi, the leader of ISIS who was killed in a raid Saturday night. Trump confirmed Tuesday the death of the second-highest ranking ISIS stooge, who likely would have replaced al-Baghdadi.

“Just confirmed that Abu Bakr al-Baghdadi’s number one replacement has been terminated by American troops. Most likely would have taken the top spot – Now he is also Dead!” he said on Twitter.

Under Trump, America has remained headstrong in fighting radical Islam, while in Europe, the migrant crisis continues unabated. 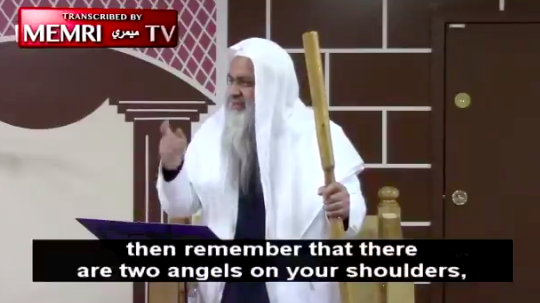