Former president Barack H. Obama is moving into the film industry after his career in politics, in an effort to create propaganda that will undoubtedly be used as a weapon against conservatism.

To that end, he met with one of Hollywood’s most notorious Trump haters and all around smarmy actor Robert De Niro in New York City after the production and release of the first Netflix film in which he appeared. Apple CEO Tim Cook, whose company has its own streaming service that produces original content, was also present at what appeared to be a dinner meeting.

“The trio spent several hours eating together at Yves Restaurant in Tribeca,” according to Daily Mail.

The topics of discussion remain unknown, but Obama appeared in his first Netflix film, a documentary called “American Factory,” in late August.

Barack and former First Lady Michelle Obama recently inked a multi-million dollar deal to create content with Netflix, and will “produce a diverse mix of content – including docu-series, documentaries and features’ for the streaming powerhouse under their own production company, Higher Ground Productions,” according to the report.

De Niro – and most of Hollywood, for that matter – is known for its virtue signaling to each other about how awful the Trump presidency is, and taking a faux moral high ground while they promote and embody degeneracy in American society. The actor is known for entering the stage at the 2018 Tony Aways and opening by yelling “Fuck Trump” to a massive applause by brain dead Hollywood actors and socialites.

Obama once gave De Niro a prestigious Medal of Freedom.

Meanwhile, De Niro faces troubles of his own. He was slapped with a lawsuit by a female former employee who accused him of “creepy” and “abusive” behavior.

“Robert De Niro routinely subjected his longtime employee to creepy and abusive behavior, including leaving her voicemails threatening ‘you’re f—ing history’ and calling her a ‘bitch’ and a ‘brat,’ an explosive new lawsuit charges,” according to Page Six.

Graham Chase Robinson alleges that she was the victim of “gratuitous unwanted physical contact” and “sexually-charged comments” when she worked for De Niro’s production company, Canal Productions Inc., according to the lawsuit filed Thursday. She filed the $12 million suit in a Manhattan Federal Court, alleging “gender discrimination and wage violations.”

Robinson claims that De Niro treated her as his “office wife,” and made her do “stereotypically female duties, like housework” on the job, all while underpaying her and denying her overtime pay. Strange behavior for a guy that parades his morals all over cable television while bashing Trump as morally inferior.

Of course, if Trump were to meet with a character who has been accused of such treatment of female underlings, the media would be all over it. When leftists behave in such a depraved manner, the media let it slide. 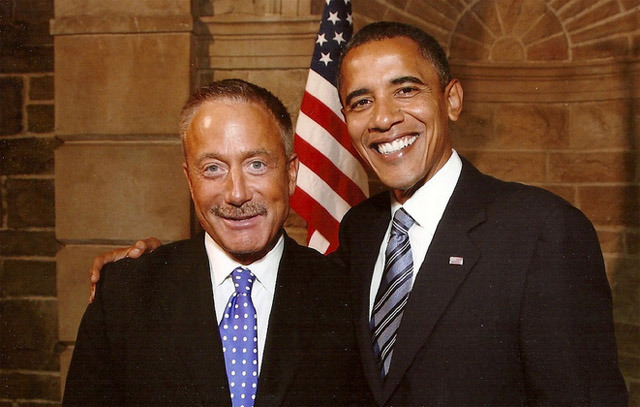