We are under attack.

The “Muslim Caucus” has officially formed in the United States Congress and attached itself like a tumor to the far Left Communist Democratic Party, and will be holding their first terror tied event on July 23-July 24 in Washington DC.

The new Muslim Caucus already has a website and extensive social media. Their first conference will be featuring an array of anti-American, anti-Semitic, and Trump disparaging terror-tied icons like Ilhan Omar, Rashida Tlaib, and woman beater and Minnesota Attorney General, Keith Ellison, who resigned from his role as DNC co-chair last year.

“A Caucus represent the interest of a specific group or constituency such as Blacks, Hispanics, Labor, and Asians, etc. within the Democratic Party. Therefore, the Muslim Caucus of America represents the interest of the racially and ethnically diverse constituency of Muslim American Democrats.

WHY THE “DEMOCRATIC PARTY”? WHY NOT INDEPENDENT OR NO PARTY AFFILIATION?

The reality is that all political power in the United States is shared by two parties: Democrats and Republicans. The Muslim Caucus of America shares common values and priorities with the Democratic Party. We want our democracy to work for all Americans including Muslim Americans and the best way to ensure that is by working with the Party from the inside out.”

All elected officials in the United States have an obligation and duty to uphold the US Constitution, not Sharia Law.

The Muslim Caucus clearly doesn’t view itself as American, because they are singling themselves out as Muslims, whose ideology of Islam is incompatible with the values in the US Constitution.

If you are familiar with the Explanatory Memorandum, the Muslim Brotherhood’s plan to implement an Islamic caliphate in the United States, then you will understand why this latest move is so dangerous to our nation and to our liberties.

Discovered by the FBI during a raid in Annandale Virginia in 2004, in the home of a senior Muslim Brotherhood official, the document was authenticated as the official Plan of Action for Muslims in the United States. The introduction reads:

“The Muslim Brotherhood must understand that their work in America is a kind of Grand Jihad in illuminating and destroying Western civilization from within and… by their own hands.”

“By their own hands” means infiltrating our elected offices, agencies, and law enforcement organizations to use our own laws, especially our Constitution and Bill of Rights to overwhelm our system.

Jihad is defined as warfare against non-Muslims for the purpose of establishing a world of sharia.

Under sharia law, Muslims are obligated to tell you that they are planning to convert you or kill you if you refuse.

The Explanatory Memorandum clearly outlines how Sharia Law will be implemented in America, and the Muslim Caucus is the next step.

It is important to understand that nearly every Muslim organization in the United States is under the Muslim Brotherhood umbrella. There have been many calls in the United States for the Muslim Brotherhood to be designated as a domestic terrorist organization, especially after the Holy Land Foundation Terrorism trial, which traced the funding of these organizations by Islamic terror organizations like Hamas, Hezbollah, and the Taliban.  No, they’re not flying airplanes into our buildings anymore. They have moved on to operating under a plan called Civilization Jihad. On the Muslim Caucus website they reiterate the language of the Explanatory Memorandum:

This “marriage” between Islam and the far Left Communist Democrat party is a dangerous manifestation of the Muslim Brotherhood’s plan for jihad: the systematic transformation of the world, especially the United States, into sharia states.The collaboration between the Democrats and Islamic Jihad is well documented in David Horowitz’s book, “unholy alliance:  and The American Left.”  The formal name for this unholy alliance is the “red green alliance”.

On the Muslim Caucus website, they state that they are moving forward, “by building capacity, by creating spaces for continuing education, consciousness building, and training of activists.”

This is Civilization Jihad: using our country and its laws and freedoms to infiltrate and take us down. Citizens can combat civilization jihad by focusing on grassroots initiatives from local and state levels to ensure that conservative, America– First candidates are running and supported in elections against Muslim candidates. This will prevent them from influencing policy and replacing our laws with sharia.

It is worth noting that the main sponsor for the Muslim Caucus inaugural conference is the Council on American Islamic relations (CAIR).

Along with being classified as a terrorist organization in the United Arab Emirates in 2014, CAIR has been labeled as a Muslim Brotherhood entity by the United States Justice Department and was found by a federal judge, the U.S. Attorney Generals office, and the Fifth Circuit Court of appeals as having direct ties to Hamas. On July 1, 2009, U.S. District Court Judge Jorge Solis upheld CAIR’s designation as a co-conspirator, saying there was “ample evidence” linking CAIR to Hamas. Hamas has also been classified as a designated terrorist organization by the U.S. State Department and is listed as a co-conspirator in the Holy Land Foundation HAMAS terror funding trial in 2008, which is the largest terrorism financing case in U.S. history.

In the Covenant of Hamas, which outlines the goals and motive of Hamas and its members, it states that one of its main goals in the destruction of Israel. After the Department of Justice found CAIR conspired with terrorist organizations like HAMAS and the Muslim Brotherhood, the FBI severed ties with CAIR, saying it “does not view CAIR as an appropriate liaison partner.”

As previously reported here, Omar Ahmad and Nihad Awad are the founders of CAIR. Awad is documented as saying, “Islam isn’t in America to be equal to any other faith, but to become dominant. The Quran, the Muslim book of scripture, should be the highest authority in America, and Islam the only accepted religion on Earth.”

Last month, Jinan Shbat, who serves as CAIRS’s national outreach manager has tweeted her support for the Palestinian terrorist group.

Why are elected officials in the United States conspiring with an Islamic terrorist organization that even the FBI severed ties with? Why is the Muslim Caucus allowed to exist within Congress when it’s key sponsor is CAIR, an organization whose founder said “ Islam the only accepted religion on Earth“?

It is clear that the formation of a “Muslim Caucus” is un-American, and a clear cut national security risk. As a member of the House Foreign Affairs Committee, Ilhan Omar has access to classified information. Now she is holding a conference with a terrorist organization to advance the cause of Muslims in America.

Americans need to wake up and realize that they we are under attack. If this is not stopped, we will shortly lose our country and succumb to Sharia Law. 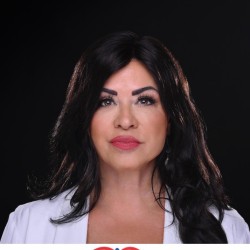 Follow Jane
Dr. Jane Ruby
Want to see more journalism like this that the mainstream media isn’t reporting on? Support independent journalism at LOOMERED.COM by CLICKING HERE to subscribe and donate today - thank you!