Instagram has a shiny new disclaimer on its application that assures users the company is in no way affiliated with President Donald J. Trump’s campaign.

“Instagram is not affiliated with this organization,” a disclaimer at the bottom of a Donald J. Trump for President, Inc. advertisement said.

As far as we can tell, Instagram is not adding such disclaimers to other advertisements. For example, here is an ad from the movie channel Starz:

You might notice the conspicuous lack of affiliation disclaimer…

Though subtle, this appears to be another example of anti-conservative bias by the Facebook-owned company. Nobody would suspect that Instagram is somehow related to Trump, but the company wanted to reassure its users, just in case.

This is the latest controversy for the social media giant. This week, Facebook was rocked for a policy that advocated for violent threats against those whom it listed as “dangerous individuals.” After massive backlash, the site quietly updated its policy. This site reported:

Wednesday, Laura Loomer discussed Facebook’s degenerate call for violence against those whom it called “dangerous,” and subsequent reversal of the policy after facing significant backlash from the conservative community.

“Yesterday, to my shock and horror, Facebook updated its ‘community standards’ section to incite violence against me and other banned conservatives who they have deemed ‘dangerous individuals,’” Loomer said. “Yes, I wish I was making this up, but unfortunately it’s true. Facebook literally said that you cannot post death threats on their platform unless – and these were their words exactly – unless its targeted towards dangerous individuals and organizations.”

Loomer described the social media companies as not just being above the law, but being “above the government,” and discussed Facebook’s deletion of its violent policy, and subsequent quiet removal and “coverup,” which the mainstream press will not cover.

As if Facebook hasn’t screwed up enough in one week, on Wednesday, conservative journalist Laura Loomer sued Facebook for $3 BILLION in punitive damages for defamation after Facebook banned Loomer on May 2, 2019 and labeled her a “dangerous individual”.

Thursday, Trump held a “social media summit” at the White House with several conservative internet activists, reporters, and personalities to address Big Tech’s silencing and de-platforming of the political right. Mysteriously, Twitter crashed and was unavailable for use just as the event began. It was down for over a half an hour during the event.

Neither Facebook nor Twitter were invited to the social media summit, but President Trump said another meeting will be held at the White House with executives from the tech giants to address concerns on anti-Conservative bias.

What was discussed during the event was not immediately clear, but Trump did make an announcement on Twitter before the summit began.

“A big subject today at the White House Social Media Summit will be the tremendous dishonesty, bias, discrimination and suppression practiced by certain companies. We will not let them get away with it much longer,” he said.

If this week’s news regarding big tech is any sort of barometer, there definitely won’t be a shortage of Facebook censorship news to report on as the 2020 presidential election grows closer. 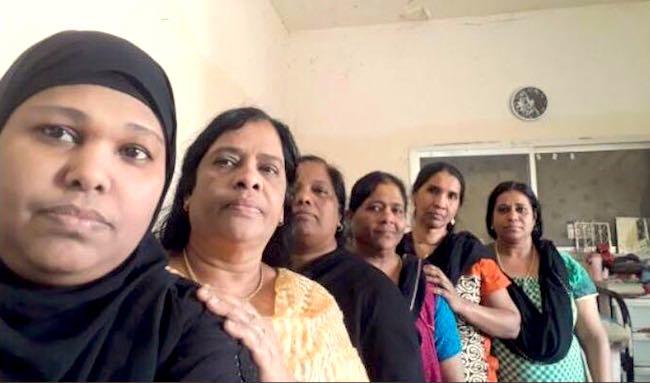